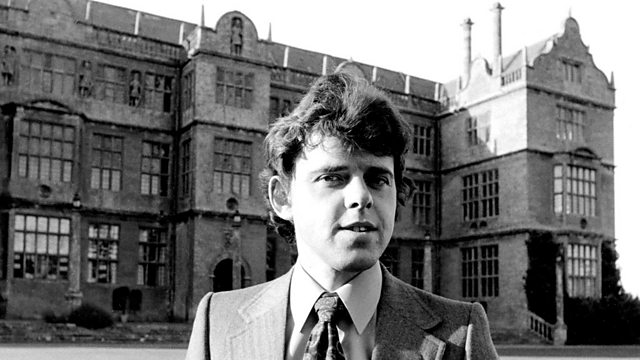 Roy Plomley's castaway is musician David Munrow.
Favourite track: He Was Despised by George Frideric Handel
Book: Men and Animals, a book in Italian (unfortunately one cannot hear it as it is unavailable. However, the basic details here give us some idea of Munrow's musical delights RS/blogger).

Add music you love and enjoy it with My Tracks


You are here: Home > Search the archives > Access to Archives > Records Access to Archives Part of the UK archives network Royal Academy of Music Library Papers of David Munrow Papers of David Munrow
The entire contents of this catalogue are shown below. Browse the hierarchical structure instead
ReferenceDMCovering dates1908-1976Held byRoyal Academy of Music LibraryExtent706 filesConditions of accessNo access conditions apply.Archival historyPurchased in 1993 from from Iaan Wilson (occasional Early Music Consort of London member), who acquired the Munrow collection from Sotheby's. In additio…
Read more

March 12, 2016
Student thesis: Doctoral Thesis › Doctor of Philosophy/Blogger Ref  http://www.youtube.Searle8 Edward George Breen Music This thesis focuses on the musical contribution of David Munrow and his Early
Music Consort of London (EMC) to the so-called early music revival of the 1960s and 1970s. By exploring the notion of shared cultural space in performances of medieval music by leading ensembles of the time, this thesis seeks to isolate aspects of performance practice unique to the EMC.
An assessment of literary sources documenting the early music revival reveals
clear nodes of discussion around Munrow’s methods of presenting early music in concert performance which are frequently classified as ‘showmanship’ with a focus on more scholarly performance practice decisions only evident in the post-Munrow period.
Close readings of these sources are undertaken which are, in turn, weighed against Munrow’s early biography to map out the web of influences contributing to his musical life. Having esta…
Read more


This is a delightful record. Because I have been out of England so much in the last few years, I had not previously had a chance of hearing David Munrow&apos;s Early Music Consort, but now I completely understand how they have achieved their great popularity. I suppose it was the New York Pro Musica, under the late Noah Greenberg, who pioneered this type of performance of Renaissance dance-music, bringing to it all the wide variety of instrumen…
Read more