Showing posts from 2016
Show All

From the archive: David Munrow profile - 'not even Mick Jagger has such versatile lips'

A Treasury of Early Music  http://youtube.com/Searle8 9 March 1971/ The Guardian.     Meirion Bowen on the scholar, virtuosic musician and crumhorn whizzkid at the forefront of the period-instrument movement, who died tragically young 40 years ago                       David Munrow, May 1968. Photograph: Tony McGrath for the Observer I recall first seeing David Munrow at a vicarage tea-party in Cambridge in 1962. He was playing the bassoon. The occasion was not without moments of stress, for Munrow’s fellow-musicians kept turning over two pages at once, or got confused over repeats in a Telemann sonata. Munrow puffed on undaunted. He revealed, rather, a wicked relish for some of the unexpectedly jarring discords that cropped up. It was hard to keep a straight face. If anyone had prophesied then that he would have future concert audiences doubled up in their seats with laughter, we should have concurred wholehe
Post a Comment
Read more

A Treasury of Early Music    http://www.youtube.com/Searle8 By Phil Hebblethwaite Monday 28th November 2016/BBC Radio 3 As Radio 3 re-run episodes of their landmark 1970s music series for children, Pied Piper , we remember its presenter - early music specialist David Munrow What's the best way to inspire children to take an interest in music, and is there any value in doing so? If there is, what kind of music is best? Those kinds of questions have dogged parents and scientists for decades, each new study providing different answers. Does listening to Mozart really boost your brainpower? asked BBC Future in 2013 in response to a widely misunderstood report from 1993 , which didn't actually declare that there was a "Mozart effect" - the idea that infants will become cleverer if they're exposed to classical music. In fact, just about any kind of music is good for children of all ages to listen to, and a much broader 2006 study suggested pop (
Post a Comment
Read more

In a child’s mind

Blogger Ref   A Treasury of Early Music  http://www.youtube.com/Searle8 The following material comes from an excellent blog   on music   see the following https://musicb3.wordpress.com/https://musicb3.wordpress.com/ See Posted on 19 August 2016 by mj263 Thanks from schoolchildren to David and Gill Munrow after an early music workshop. The BBC over the last few years has tried to get children to become more involved in classical music. November 2014 saw the introduction of Ten Pieces, an initiative aimed initially at children of primary school age . There was a “Ten Pieces” prom in August 2015. With the success of the primary school programme the initiative was expanded in 2015 to include children of secondary school age ; and culminated in another Prom (Ten Pieces II) in July 2016 . Among the more unexpected items that we have in the Music Department of the University Library are children’s responses to classical music. Specifically their respons
Post a Comment
Read more

When will they learn that apps cannot replace animateurs? 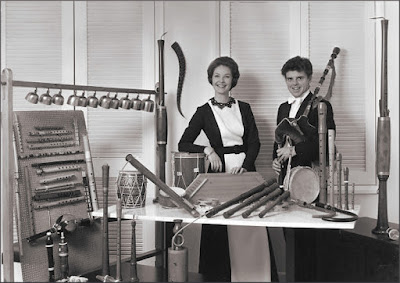 Tuesday, August 23, 2016 Blogger Ref http://www.youtube.com/Searle8 From the Blog On An Overgrown Path..... The recondite  MusiCB3 blog about the music collections at Cambridge University has a contribution from Margaret Jones about the the University Library's resources documenting children’s responses to classical music. Unsurprisingly David Munrow features prominently in Margaret's article which includes the photo above of the Pied Piper with his wife Gill and their instrument collection*. Just before reading the article I had listened to the newly released CD Oregon Live in New Orleans , which is a transcription of an NPR broadcast of a gig Oregon played in February 1978. Readers will know of my admiration for the work of both David Munrow , and of the innovative ensemble Oregon and their predecessor Codona . David Munrow died in 1976 and two years later Oregon's visionary multi-percussionist and sitarist Collin Walcott - seen bel
Post a Comment
Read more

From On An Overgrown Path..... 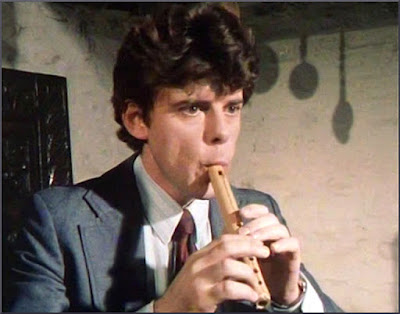 Tuesday, December 15, 2015 Early musician who could have become a great conductor Blogger Ref  http://www.youtube.com/Searle8 Hopefully at least a little of the content from eleven years of On An Overgrown Path transcends the virtual noise that is the staple fare of online music journalism today . For me the most rewarding projects have been the Philippa Schuyler and Master Musician of Jajouka doubleheaders, the profile of Guyanese conductor Rudolph Dunbar , the exploration of contemporary modal music , and interviews with Jonathan Harvey , Jordi Savall , Ali Keeler , and with David Munrow's recording producer Christopher Bishop. Although the latter interview has been available as a sound file it has not to date been transcribed as text. So while tidying up loose ends I have transcribed the interview below. (The photo at the foot of the article was taken during the radio interview and shows me with Christopher Bishop). Although David Munrow is best know
Post a Comment
Read more
More posts