January 04, 2019
The following is a classic example of the Early Music Consort's work..


https://www.youtube.com/watch?v=8xKLUxwcHyk&t=135s (a clearer, and better copy of the first link)


The link to Amazon has a copy of the back of the above record which has a bio of DM, and a pic..worth reading as it can be enlarged. The front cover likewise


The actual "documentary"film in which the music is featured was La Course en Tete  which dealt with a noted French cycle champion https://www.youtube.com/watch?v=7hnLjiTzejo&feature=share&fbclid=IwAR1OQdJhmdVxv5lGXPtZ4jp2n2HxAwtTLTK6Bp2uiShTmfPt5F3iwsGvbl8

Artist: David Munrow; The Early Music Consort Of London
Format: Vinyl Record. 12" LP 33rpm, No. Discs: 1
Label: Golden Hour, Cat No: GH 629, Year: 1976
Tracks:-
Side One
[1] Triumph - Intradas VI & VII from Hassler's "Lustgarten" for Cornetts, Sackbuts, Recorders, Regal, Percussion
[2] They're Off - Bransle double de Poictou & Bransle gay double from Praetorius' "Terpsichore"
[3] Training - Two Bagpipe Solos by David Munrow
[4] On the Road - Basse danse "Dont vient cela" from Susato's "Danseyre"
[5] Complaint - "O death rock me asleep" anon. Engl. XVI Cent
[6] In the Mountains - Bransle simple from Praetorius' "Terpsichore"
Side Two
[1] The Six Days of Grenoble - by David Munrow
[2] The Dream - "Tristan's Lament" anon. Ital. XIV Cent
[3] The Race Against Oneself - by David Munrow
[4] Why Suffer - Giovanni Macque's "Consonanze Stravaganti"
[5] Effort - Basse galliarde from Phalese "Premier livre de Danseries" & Galliarde from Praetorius' "Terpsichore"
[6] End Music - Variations on "La Folie d'Espagne" from Corelli, Op. 5 No. 12, & "Division Flute" (1706) David Munrow's passion for early music and musical instruments commenced in I960 when he was 18. Teaching in Peru under the British Council Overseas Voluntary Scheme, he became interested in South American folk music and took back to England with him Bolivian flutes, Peruvian pipes, and dozens of other obscure instruments. The following year he entered Cambridge to read English. There a crumhorn hanging on a friend's wall aroused his interest and led him to delve deeply into an independent study of Renaissance and Medieval music.
Munrow's previous musical training had consisted of tuition in piano, bassoon and voice. Early instruments now absorbed him, and he commenced to collect them in great numbers. Instructors in the field being scarce, he mastered alone the techniques of playing his finds, 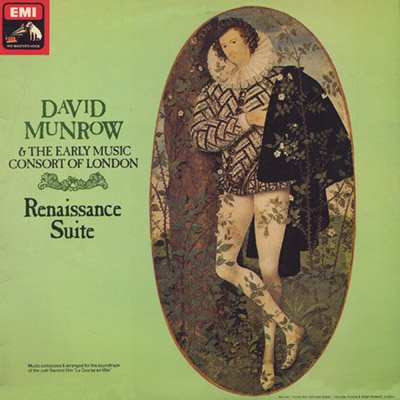 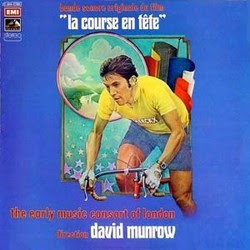 https://www.youtube.com/Searle8 The following may of interest! http://collections.vam.ac.uk/name/david-munrow/AUTH342361/     One of a series of seven letters, handwritten by David Munrow to his beloved teddy bears and toys while he was on holiday in Cornwall as a young boy in the 1950s. In these affectionate and newsy letters to bears ‘Humph, Ginge and Eddy,’ David paints an exciting picture of his holiday activities for the soft toys left behind in his Birmingham bedroom: ‘We have caught eight fish…we eat them for breakfast’; ‘I really ought to have written before but we have been so busy painting the boat’; ‘The other day I tried to reach a stick in the water and Plosh! In I went with all my clothes on’; ‘I hope you arn’t [sic] too lonely at home but we've only got another week down here’. David Munrow’s intelligence, imagination and wit shine through. He adds a post script to many of the letters from a toy named ‘Poo’, which he writes in a different hand and with d
Read more